As I mentioned in a previous post Just over a year ago – Easter weekend to be exact – I flew with my partner Dave to the remote bush community of Ramingining NT (aka Ramo ).

Check out the airport !!

Dave works for the East Arnhem Shire as a Grader operator and it is up to him to fix all of the public roads around East Arnhem Land. Most of these roads are not sealed and every wet season they are damaged by flooding.

The reason he was sent to Ramo was because this road below is the only road to the barge landing where the community receives their food and fuel supplies ……….. 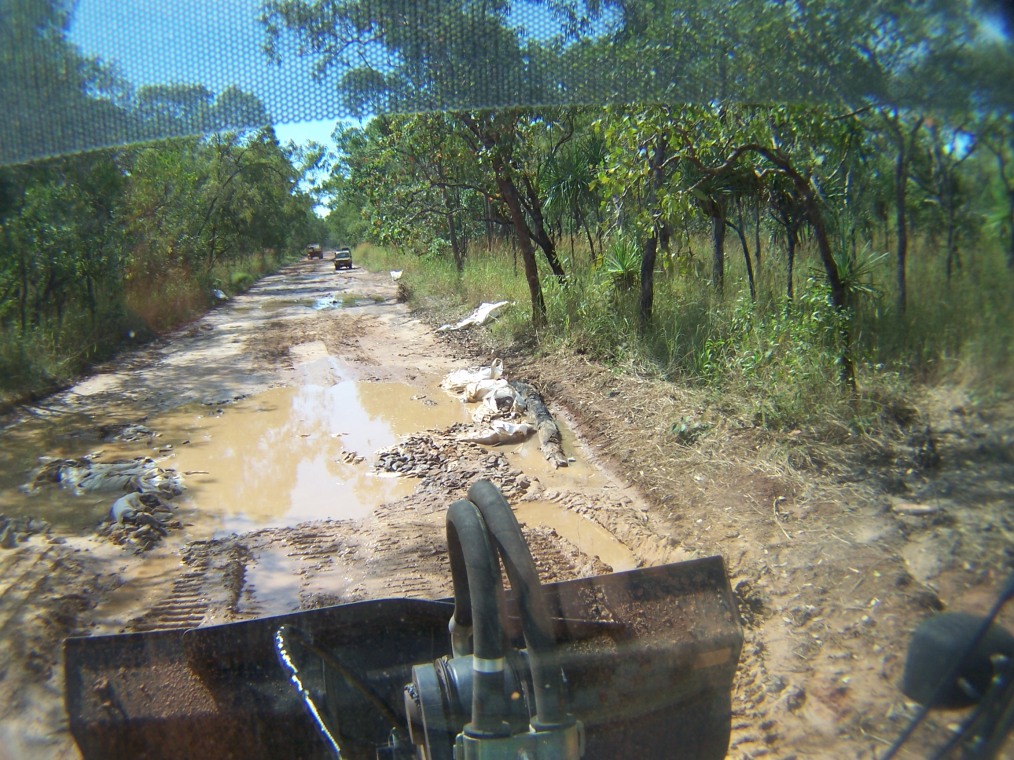 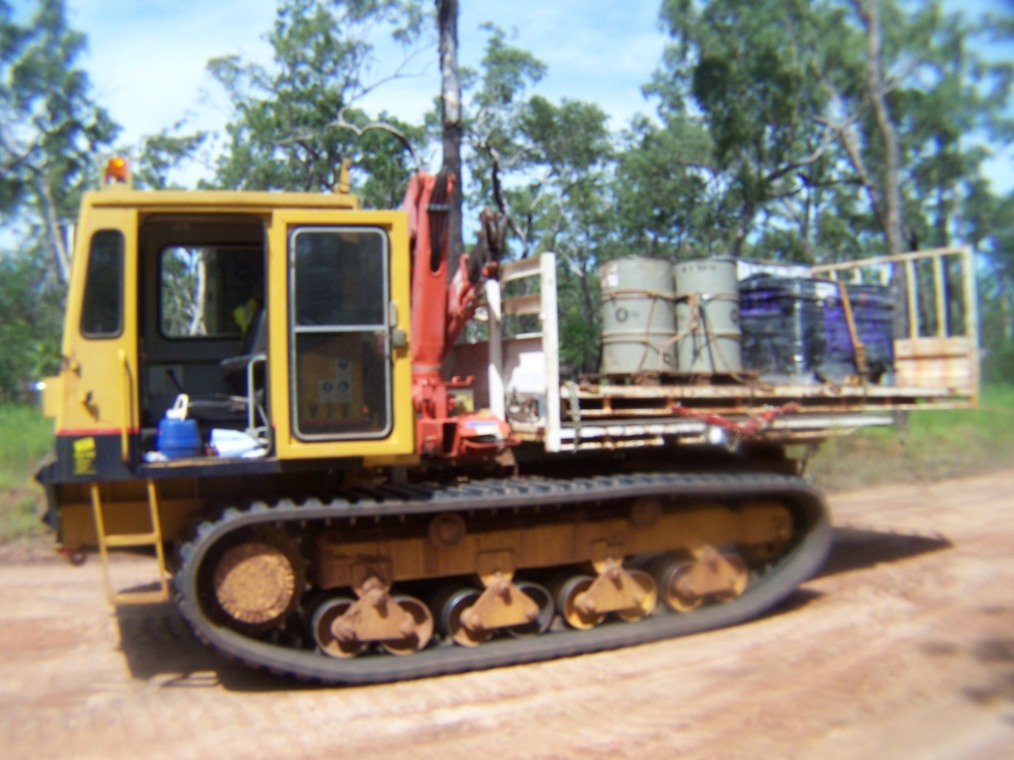 Despite the fact they were told not to use the road until Dave had it fixed locals kept trying to get down to the barge landing as it is also a great fishing spot .. most of the time they were unsuccessful

Dave used gravel , trees ( yeah I was like tree s , WTF ?, but it is the bush !) and sandbags to fill in the road enough to get the trucks through.

The most memorable moment for me was when Dave needed to get the dump truck to the barge and no one else was around to help him ( he also had to have another vehicle there to get home in). I ended up driving the truck along the boggy road in the dark. Dave was supposed to be following me but when I looked behind me he had gone. Worried , I stopped the truck and flagged down a car load of locals ( who shouldn’t have been driving on the road but hey cant tell them that ). I asked them to let Dave know I would keep going until I got to the barge and to tell him to pick me up. I got back on the road and made it to the barge landing. I was there for 5 minutes until I saw headlights coming towards me which I assumed was Dave.

It wasn’t Dave , it was the locals I had stopped earlier. They pulled up next to me and told me they would wait with me until I got picked up. I asked them if they were worried I would get attacked by a croc or buffalo and they just shook their heads and said “no no ghosts will get you ”

Just great like there isn’t enough living shit around here that wants to kill me now I have to worry about ghosts ??

Dave eventually showed up and I thanked the locals for staying with me and got in the car. On the way home I asked Dave about these ghosts and he told me that there are a lot of spirits out in Arnhem Land but he would not talk about them especially in the bush . To this day I’m not sure what they thought would happen to me but apparently it wouldn’t have been good.

After 2 weeks of no alcohol , trashy gossip mags or newspapers of any kind we finally were allowed to leave ( I make this place sound like prison – it wasn’t that bad we got more than one hour a day to exercise ). Dave absolutely loved it but then you can fish anywhere in Ramo even the on the side of the road –

the Barramundi were huge !!

To give you an idea of how remote and flooded Arnhem Land is at this time of year I will finish this with a pic I took flying over the floods to get into Ramo.

Flying over Arnhem Land floods to get to the small bush community of Ramingining , NT . The community was cut off from the barge landing so Dave had to fix the road to the barge. To get through some parts of the road they were using an army truck with caterpillar tracks  (which Dave and i got to have a go on – that was pretty awesome haha !! )